A meeting of the Governing Board of the Colorado Retirement Association was held on June 18, 2021, at 9:00 a.m.

The following were present at the meeting:

Jerry DiTullio, Board Member was not in attendance.

Chris Felton, Board Chairman, called the meeting to order at 9:06 a.m.
Mr. Felton asked members of the Board if they reviewed the minutes from the May 21, 2021 meeting and if there were any comments. There being none, a motion was made by Chris Felton to approve the minutes as presented. Darius Allen seconded the motion and it passed unanimously.

Legislative Update:
Joan Green, CRA’s legislative lobbyist, presented a legislative update. Ms. Green noted that out of the 623 bills that have gone through the legislature during this session, 502 have passed. During this past session, there were no bills specific to CRA. Joan also noted that during the COVID- 19 pandemic stay-at-home period, the normal lobbying process with the legislature was restrictive.

Entity Qualification Review:
Tim Mullen gave a brief overview of the Town of Frederick. Mr. Mullen stated that Ed Krisor, CRA legal counsel, has reviewed the information provided for Town of Frederick and they qualify to participate in CRA’s 401(a) and 457(b) plans.

A motion was made by Chris Felton for acceptance of Town of Frederick into both CRA plans. Tobe Allumbaugh seconded the motion and it passed unanimously.

Tim stated that loan balances are up from this time last year; however, the average loan balance remains about the same. As of June 11, 2021, distributions from the CRA plans have exceeded contributions into the plans.

As part of overall CRA activity, Mr. Mullen shared that CRA has completed another round of Retirement Seminars. The feedback on these seminars was positive. CRA is creating additional information relating to these seminars for the website.

Expense Reports:
Chris Felton asked the members of the Board if there were any questions or concerns regarding the expense reports. There being none, the reports were accepted as presented.

The next meeting of the CRA Board of Directors will be held on Friday, August 20, 2021.

There being no further business to come before the board, a motion was made by Chris Felton and seconded by Adam Ford to adjourn the meeting. At 10:23 a.m. the motion passed unanimously.

We're Excited to Have You Join Us!


Please register for Each Webinar Separately. 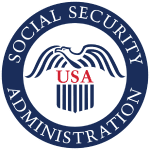 The intricacies of Social Security can be intimidating, but we’re here to help.

No recording will be made available for this webinar

Register for the Social Security Webinar 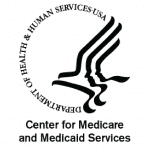 With 64 Medicare plan options available to Coloradoans, it may be difficult to determine the right one for you.

Fortunately, Lisa Gaglia-Bleyle from the Center for Medicare and Medicaid Services is here to help you make sense of these plans.

No recording will be made available for this webinar

Register for the Medicare Webinar 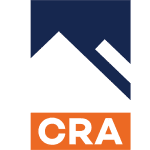 Are you retirement ready?
Both financially and emotionally?

In the final webinar of the series, CRA Client Services Manager, Rick Chase, will help you to set a retirement savings goal, determine if you’re retirement-ready, and discuss important non-financial considerations when preparing for retirement, such as, what are you going to do with so much free time?

Register for the Retirement Income Webinar

If you have looked at your retirement account (or other investments) balance recently, there’s a good chance you didn’t like what you saw. While it doesn’t feel good to see your savings decrease so drastically, this is part of regular market cycles.

Let us offer you a silver lining, there are steps you can take to insulate yourself from major losses and most of them are very easy.

Control of Your Retirement
In the Palm of Your Hand

Colorado Retirement Association office will be closed on Monday, July 4 in observance of
Independence Day and will reopen on
Tuesday
, July 5, 2022 at 8:00 am.

Get a Free Review of Your Existing Plan

We'll show you how to improve!